Lights - not so fixed

Well the W/NG had a nice little trip along the coast to Cromer with its new double dipper LED headlamp, supposedly adjusted for focus and in the W/NGs shiny new reflector. Here it is, waiting to go home again: 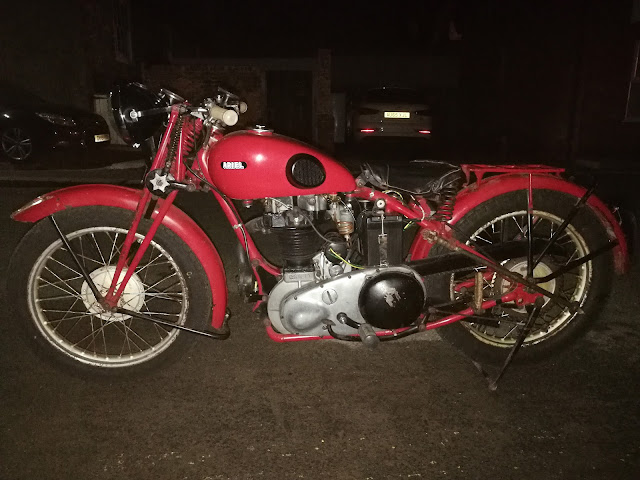 The trip home was a lot less fun than the trip out, mainly because it started to rain, but also because the horrible BPF 'contact holder' decided to let go of the dip beam contact - fortunately main beam was still good, and whipping off the reflector by the roadside - no tools required, we have a nifty spring clip: 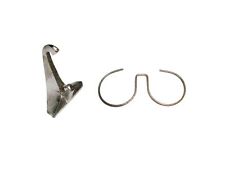 Secondly, despite the new reflector and 'supposedly' adjusted focus, the beam was really no better. In fact, the halo around the trees close to me was a lot worse - the bulb performs better in the old 700 reflector fitted to the SQ4, suggesting that the Indian reflector fitted to the W/NG is poorly designed or perhaps that I made matters worse by moving the BPF flange on the LED.

Here's the main beam with the LED: 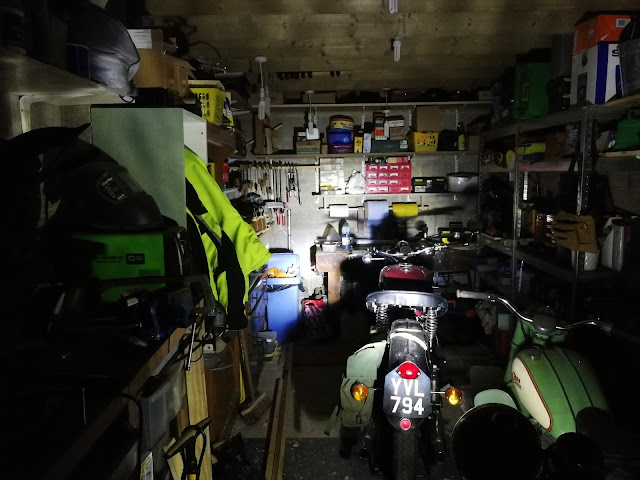 Anyhow, the old 35/35W halogen is back in the W/NG and looks like this. Dip beam: 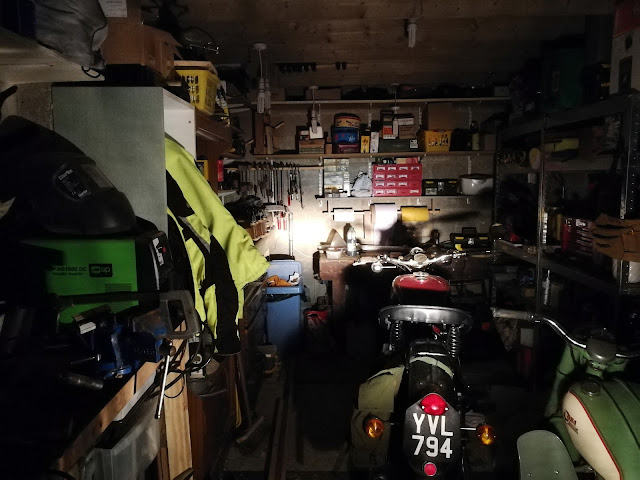 And main beam, showing better focus than the LED: 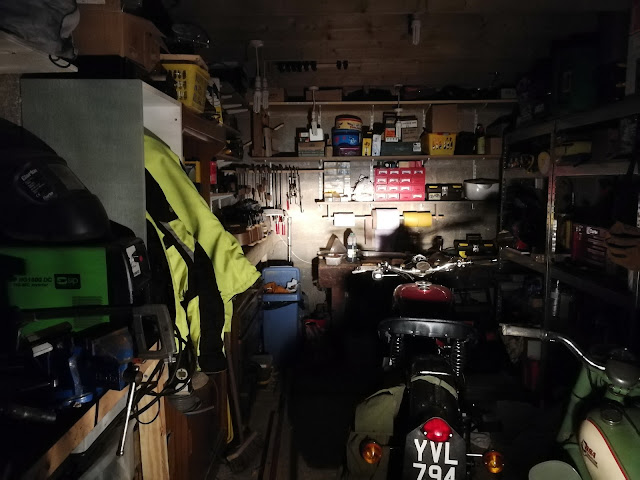 I'll check it out on the road later.

One more thing - I noticed that the speedo bulb was a bit dim. Pulling it out, it had '12V' faintly marked on the case... No wonder it was dim on the W/NG's 6V system!