You might recall a Honda QR50 appeared in the family stable some weeks ago. It's a bit ratty, and I have taken a few bits back to my workshop for some attention.

First is the frame, the spine of which forms the tank for the two-stroke oil. Here it is in the vice, assembled with the protection tube/footrest bar assembly: 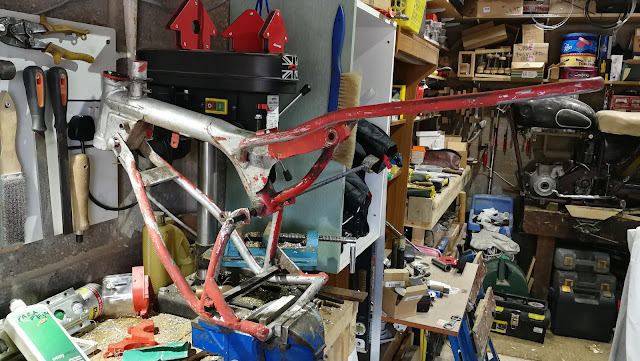 Here's another picture on the floor: 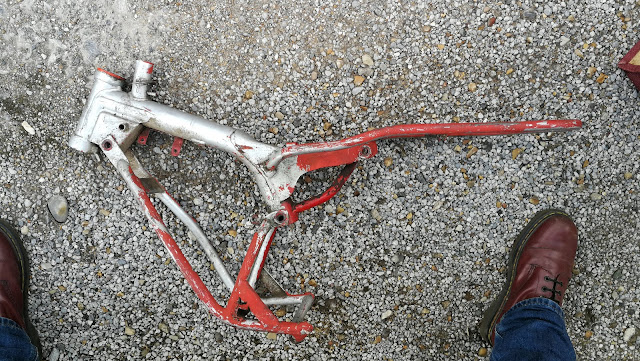 That wavy bend in the smaller tube under the front of the seat is supposed to be there. However, if you sight down the tubes that run down to the footrests below the engine, you can see from the tube on the right that it has had a bit of a whack: 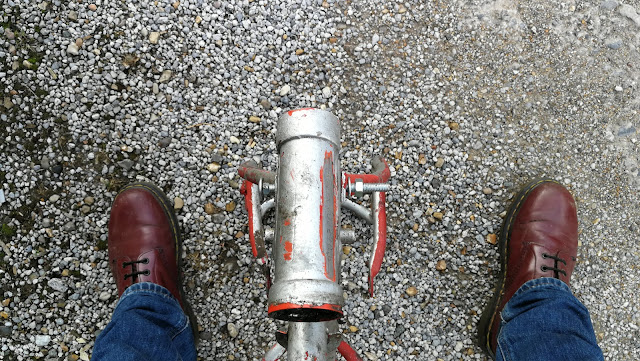 This black one, from eBay, reveals the footrests brackets are missing... 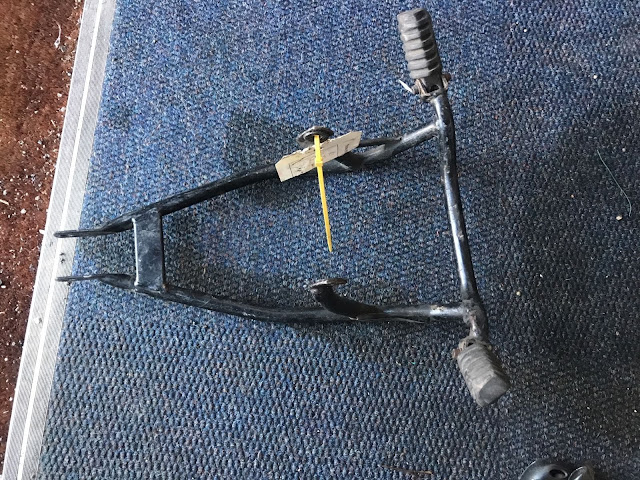 A few minutes with the MAPP torch later: 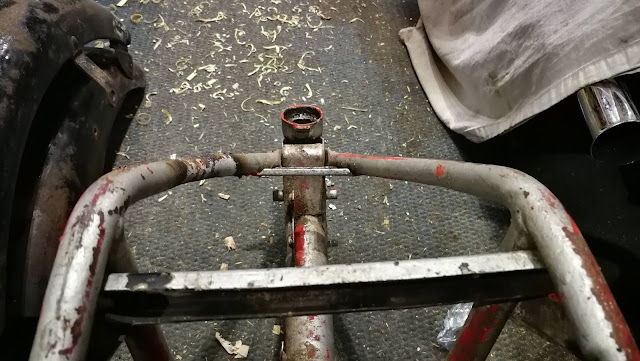 Someone has attempted to fit some replacement footrests using this horrible bit of channel. It's loose at one end and the welding at the other is awful: 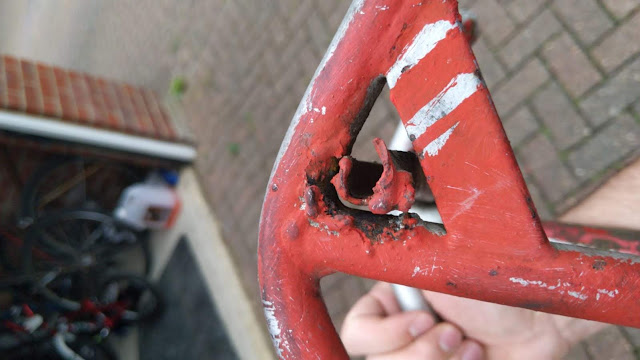 I've used the Dremel to cut it out and grind the tubes clean: 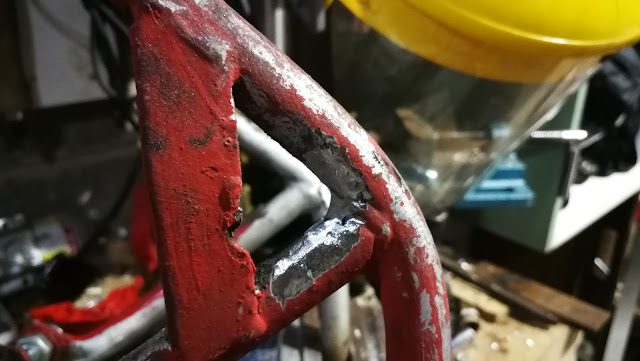 Here's the other end. In this picture, I have started to grind out the location of the replacement footrest stub and yes, that is Plastic Padding in that hole... 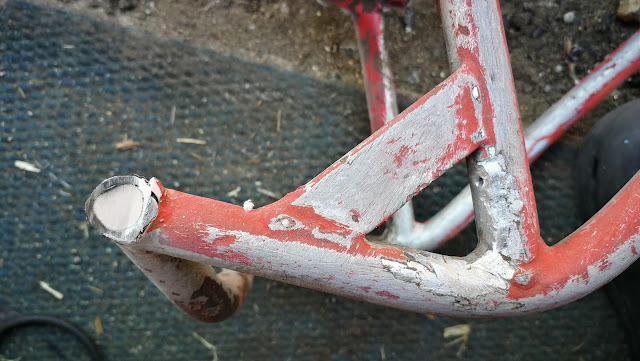