You might recall that I was working on the oil pump, sump and other areas before my attention was diverted by a damaged timing case and a magneto that was playing up. Since those are on the way now, its time to attend to the lubrication system again.

Ariel provided a sludge trap, shown in the picture as a plug in the offside flywheel, which traps particles circulating in the oil. You pull it out periodically through the sump plate and clean it. 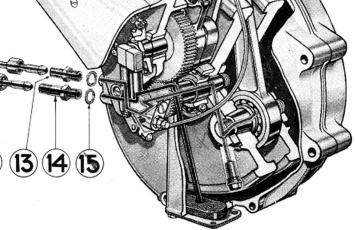 Here it is, alongside the pickup pipe. The purifier appears when the engine is at TDC, despite what is shown in the drawing: 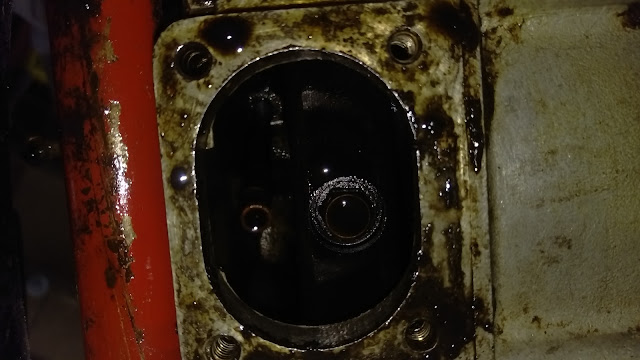 They can be a bit of a job to get out if the hexagon is mangled. I was lucky - this one is perfect: 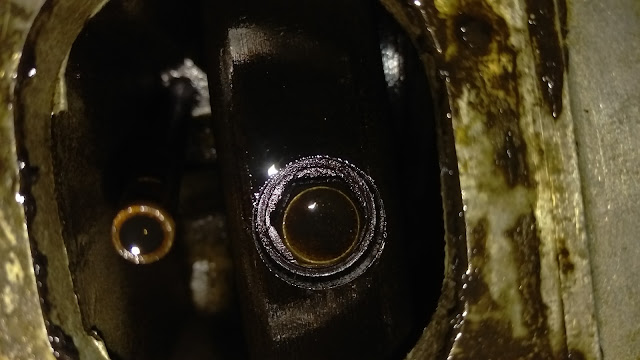 You need a good fitting socket to get the oil purifier out safely. Here it is, full of sludge. If it's anything like the sludge traps on the SQ4, it will be very hard: 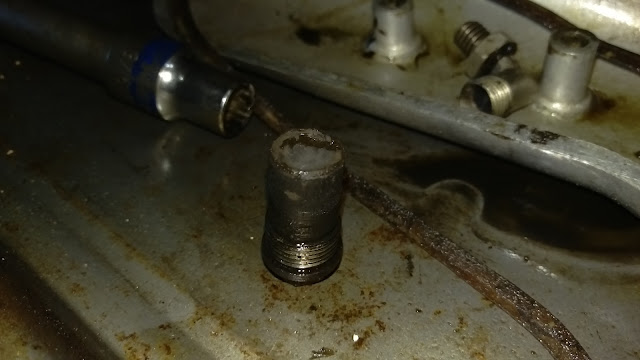 Here it is, cleaned out: 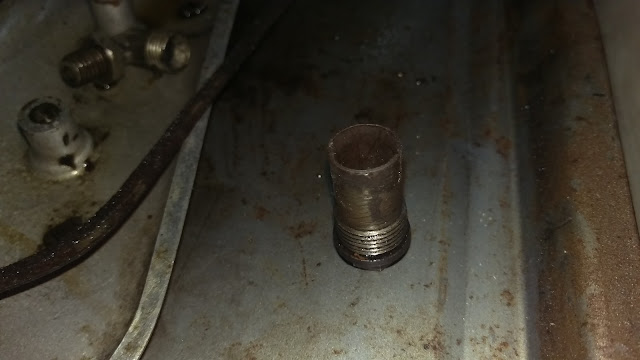 Although the purifier itself is clean, we can see that it's been so long since it was cleaned that the drilling in the flywheel which leads to the purifier is also blocked with goop. I cleaned this out with a 1/2" twist drill. 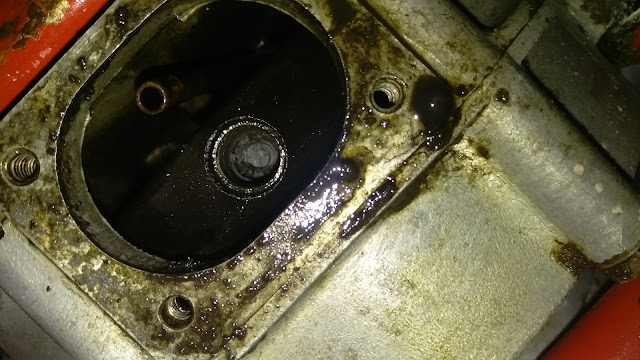 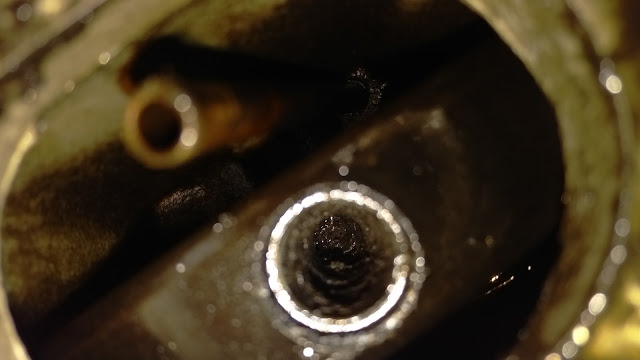 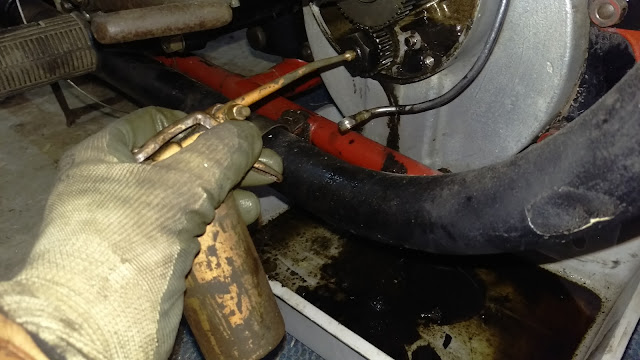 Oil dribbling out of the open sump plate proves that the big end oilway is open.
Posted by CharlieCeng at 21:49