Next stop, remove the cylinder block. Nuts are stuck fast, so we need a dose of Plus-Gas: 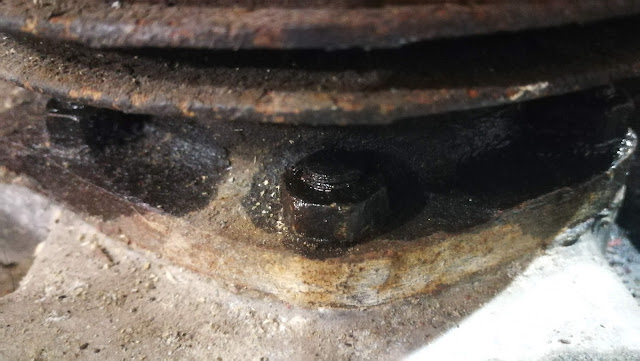 This is the 3/8" flange barrel used by Ariel throughout Huntmaster production, and by BSA until the 1/2" barrel flange appeared for the 1955 A10 Road Rocket. Poking around waiting for the Plus-Gas to do its job, take a look down the pushrod tunnels: 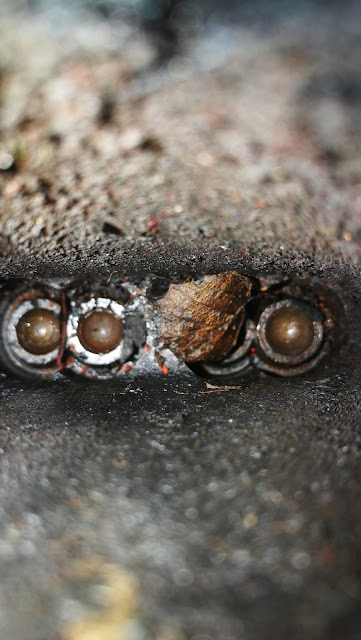 That's a leaf, possibly hawthorn... How did that get in there?

Nuts undone, we need to break the red Hermetite sealing the base gasket. this won't take much force and I'm not overly worried about the pistons anyway, so we'll do it like this. Two bolts in head bolt holes, either side of one piston; a suitable bar between them (if this had been remotely reluctant to move I would have made a stiff bar out of a bit of angle or something) and a lump of wood on top of a piston. 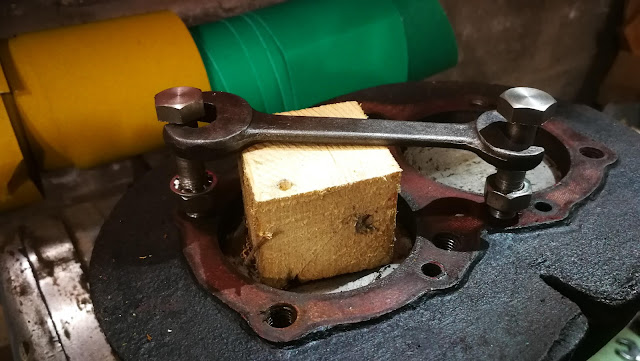 A quick tweak on the crankshaft has the block pop up - but it's not all plain sailing. The timing side piston sticks at the bottom of the bore, in the rusty unworn section and takes a bit of persistence to remove it. When it comes off, we find these rather worn cam followers: 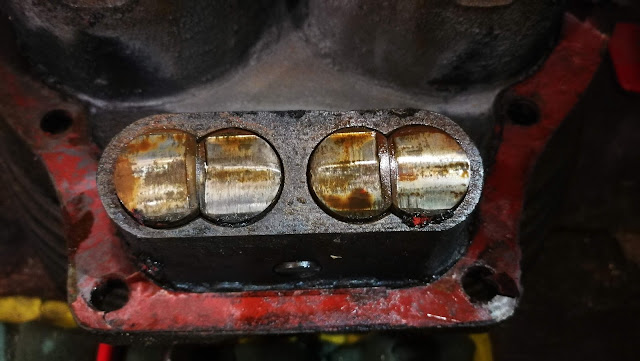 A look at the flywheel reveals this is the earlier, smaller, built up crank used until 1958 - perhaps not surprising in that this engine is marked 'LF' and is clearly a 1955 design. The crank has no radial bolts in the flywheel like the later 'large bearing' cranks. 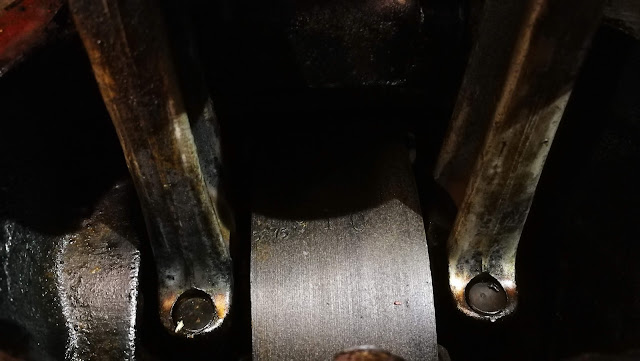 Here are a couple of general views. The engine has been fairly damp inside for a while: 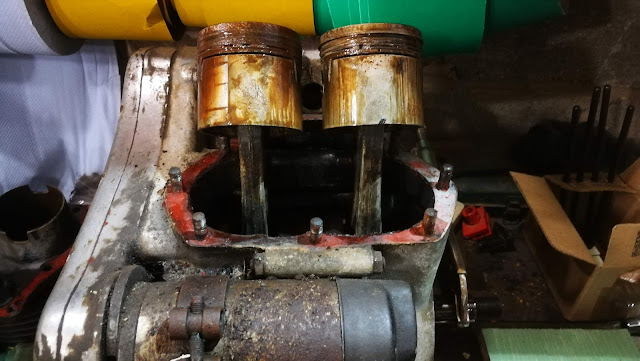 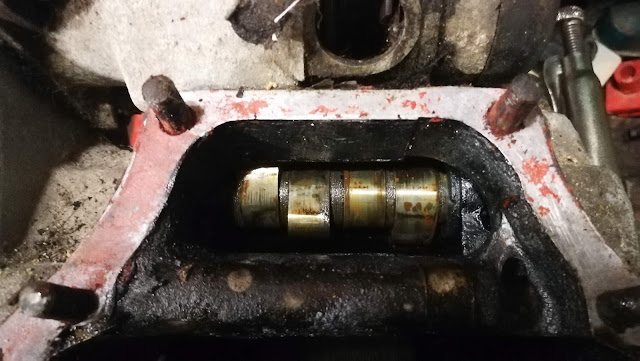 We'll have a closer look at the camshaft later. I've seen worse.

However... have a look at this video - it's as though someone forgot to put the shells in!