Looking at what we've got...

With the engine on the bench we can have a good look at what we have. 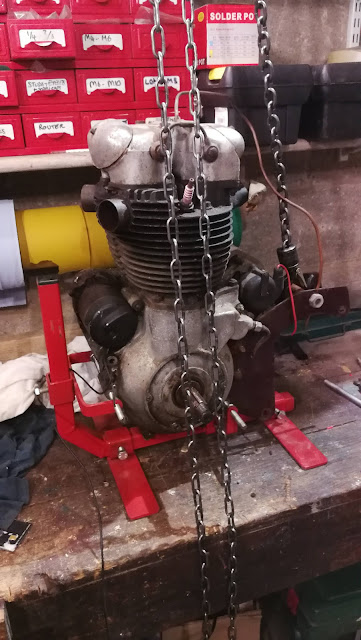 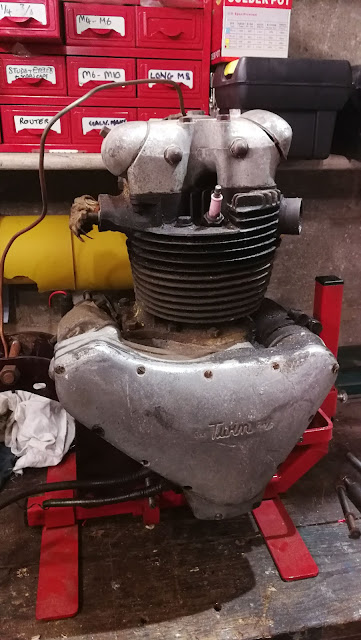 First issue: one of the primary case bolts is broken in the crankcase. We probably won't be using these cases (I have the original crankcases elsewhere, these are not them!) I may not worry about this - but I will probably remove the bolt just for the fun of it. What's worse is the state of those splines: 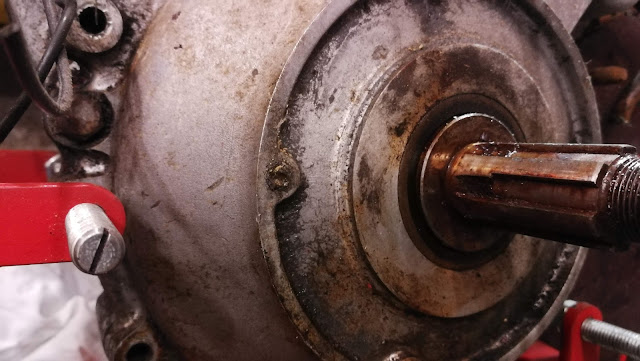 Nothing untoward here - that hole is for a blanking plug (thanks to Simon Gardiner, AOMCC, for that bit of information) 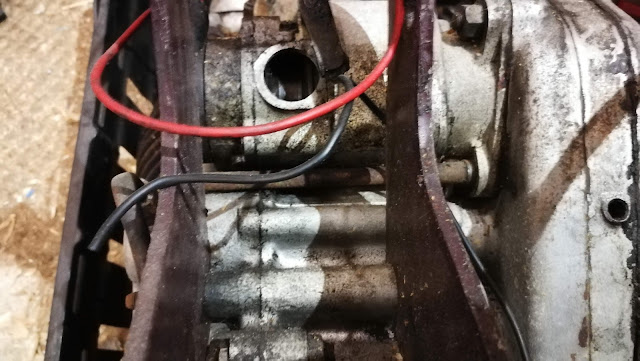 The sump plate, filter and studs are all missing: 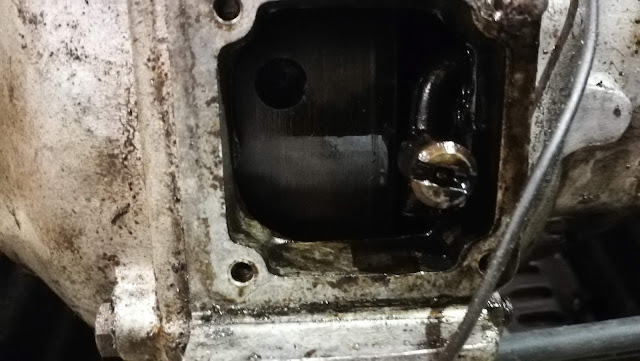 Looks like it has most of it's original screws: 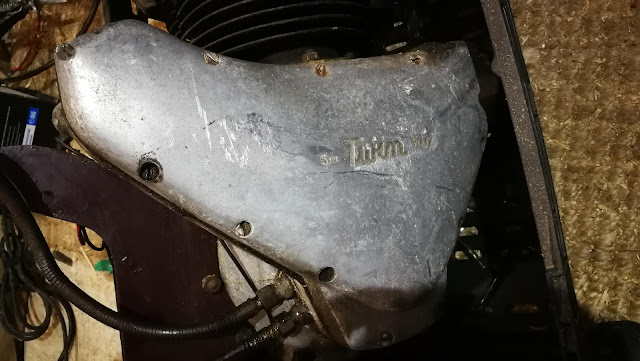 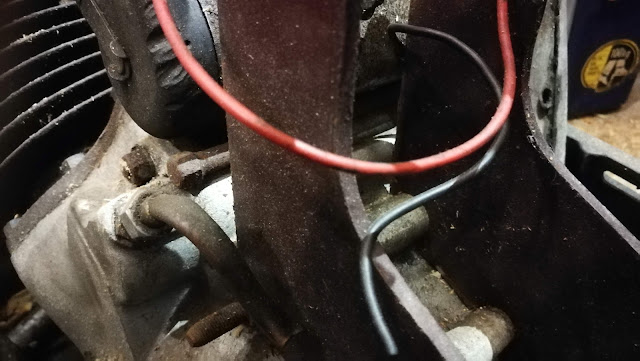 Unfortunately it appears we have a broken fin on the front of the cylinder head. This may have been caused in a shunt since this is where the head steady bolts on I think. 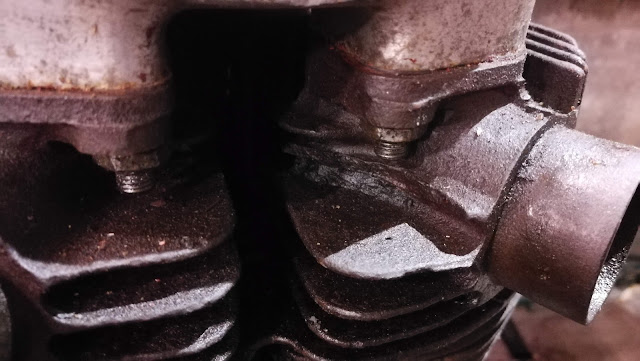 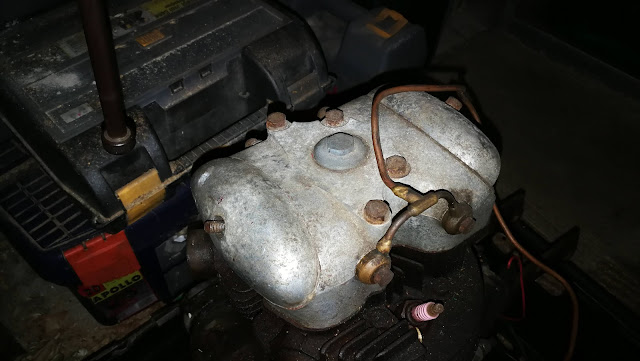 General views of the engine: 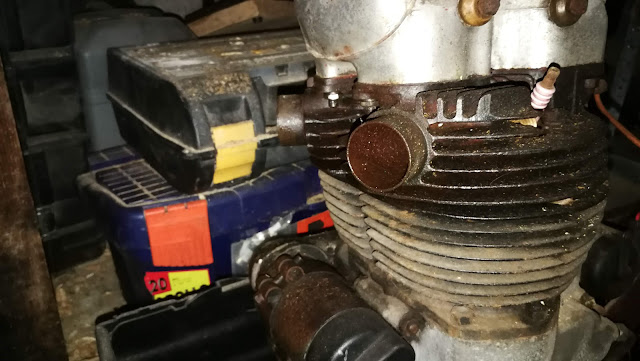 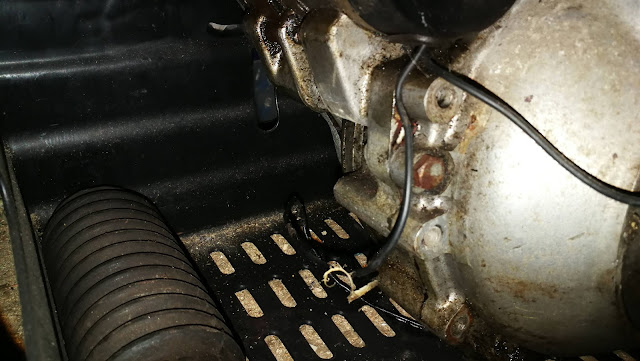 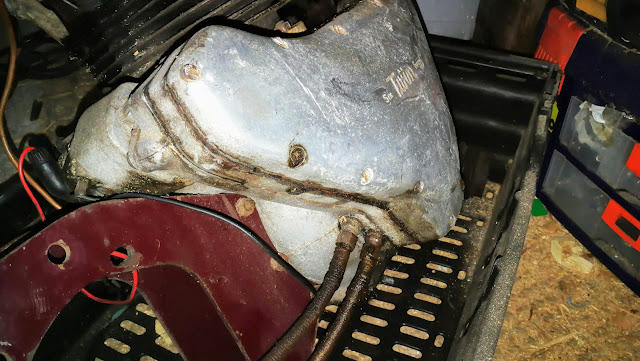 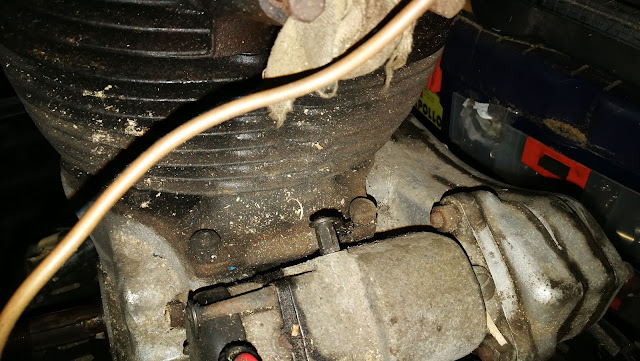 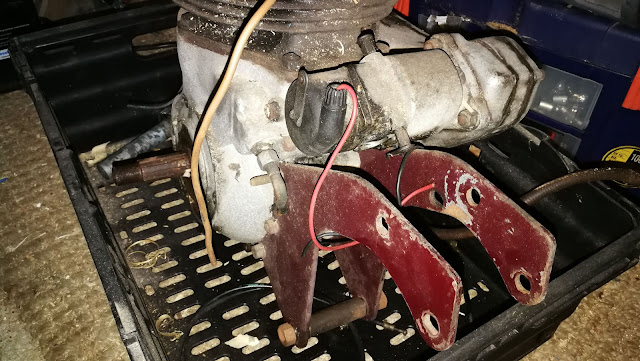 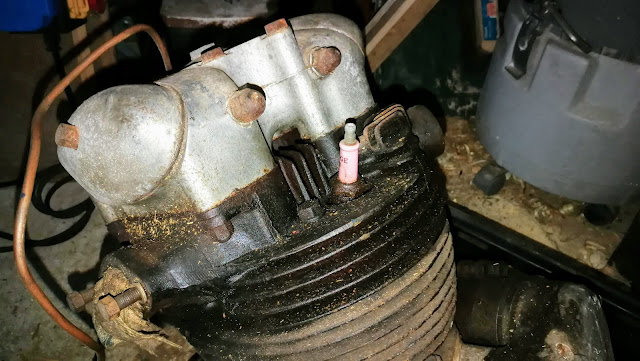