Inspection starts with a look at the rocker box. Both covers are present, one has it's captive nut, one is missing...

Here's an ugly looking stud and some cornflakes gaskets for general amusement! 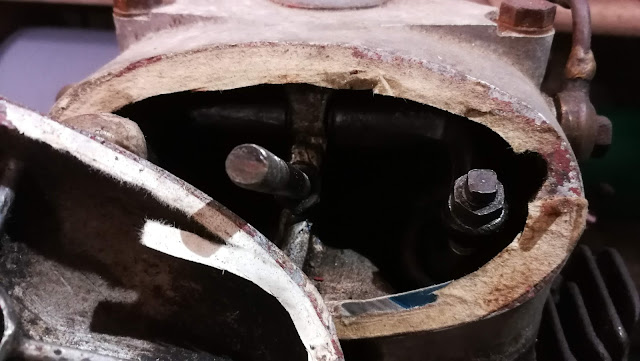 All is well at the inlet. The cover stud is seized to the nut and has come out with it: 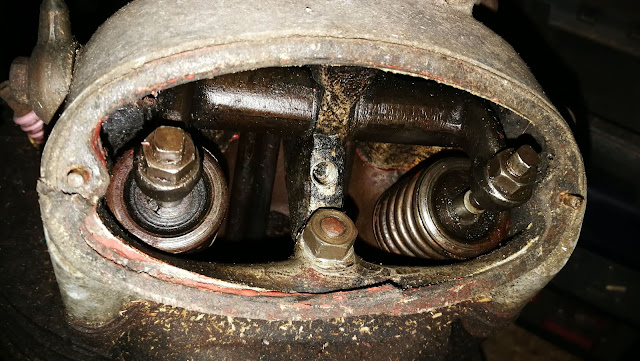 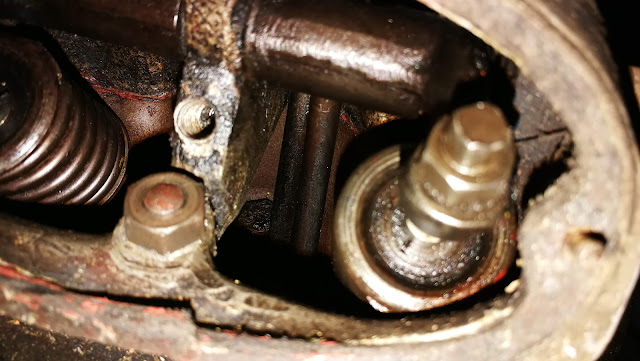 Removing the exhaust side stud with two 5/16" BSC nuts locked together: 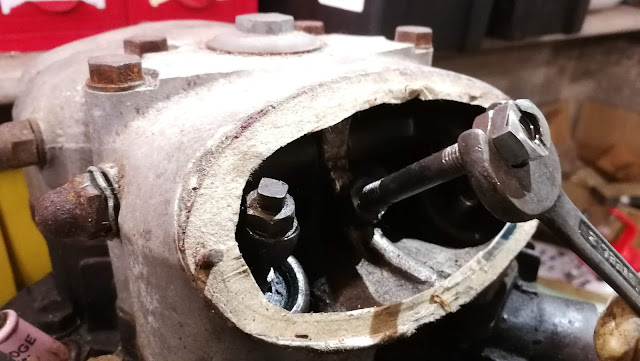 Removing the inspection cover studs, we find one elegant Ariel stud with BSC threads at both ends, one 1/4" for the nut and one 5/16" for the rocker box. The other one, which has no nut is bent and is 5/16" both ends, one BSW, one BSC. Obviously a replacement but a shame, because the thread in the rocker box has been recut BSW. I'll be making a special on the lathe. 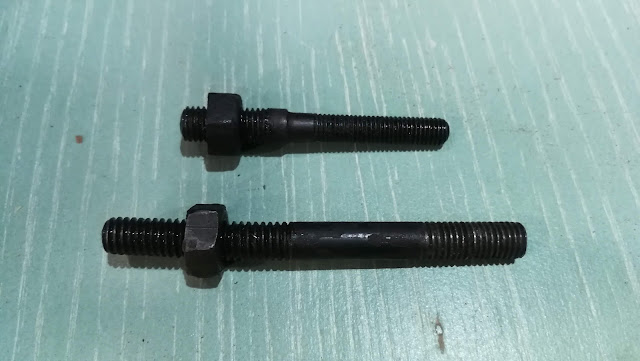 A stripped stud retaining (or not) the rocker box at the rear. Steve Carter, an AOMCC member who rides thousands of miles each year on his Huntmasters, uses a bolt here to avoid the worry of losing that nut down the pushrod tunnel: 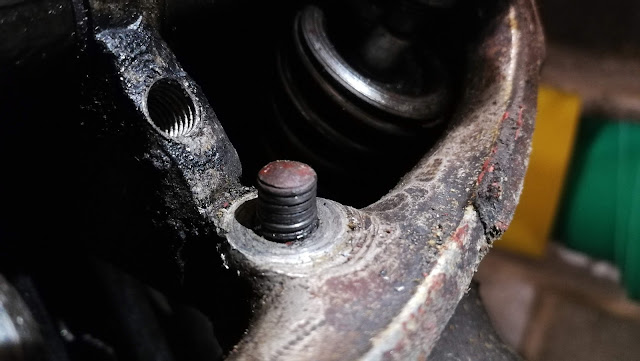 General view of the head mating surface. All the springs look good at first glance: 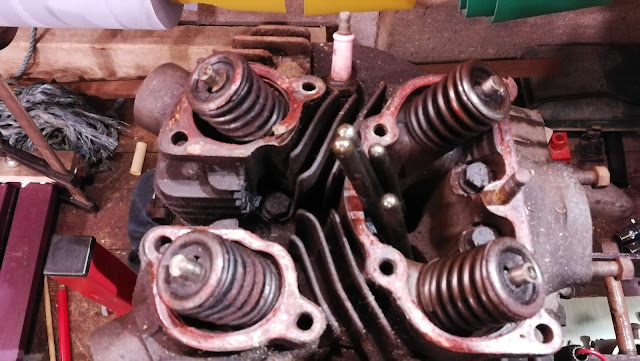 Here's the underside of the rocker box: 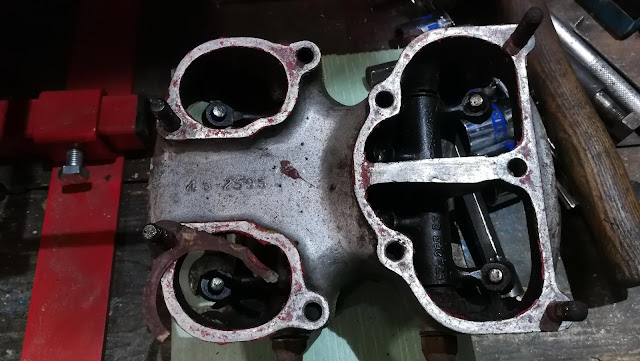 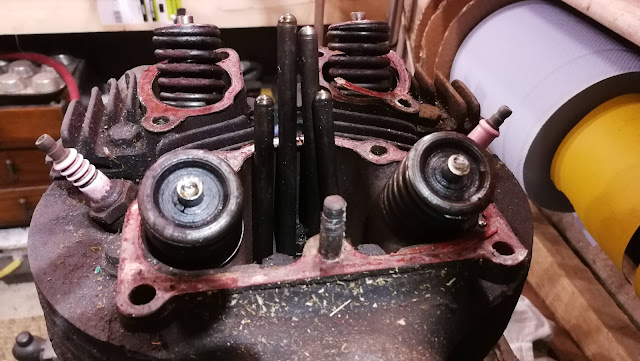 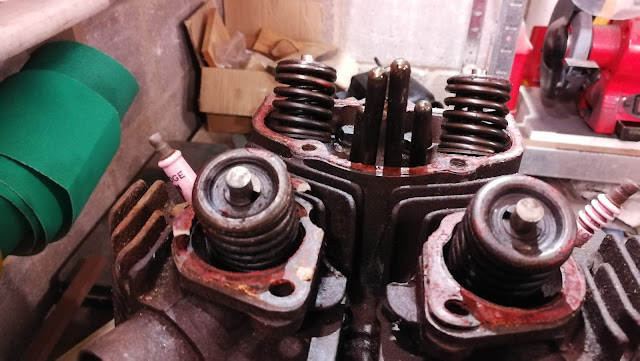 Quick shot of the underside of the head. Looks OK, bolts were very tight but came out with some effort: 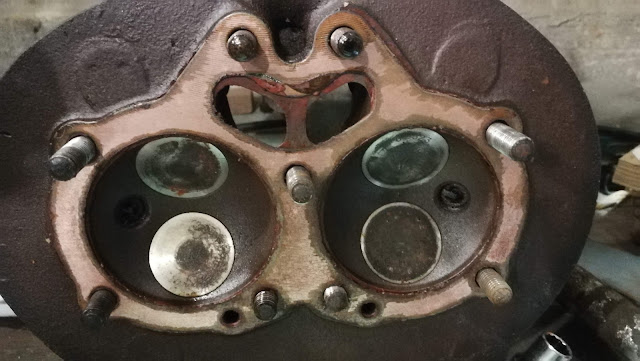 Bores and pistons. After I took this shot I gave them a quick clean up - the bores are unmarked and have no ridges; pistons have no undersize showing. 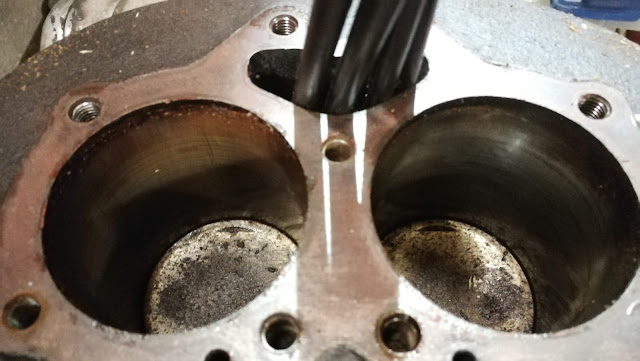 These are the dished pistons. Simon Gardiner (AOMCC) tells me that dished are the 6.5:1 standard pistons; if they had been flat-topped, they would be the the export/sports 7.25:1 pistons.
Posted by CharlieCeng at 10:20