Another cake run today, this time out on the SQ4. The chain guard is not sorted and is going to need to come off again for some serious adjustment!

The weather was great though and the trip to Cley and back was uneventful, save to remind me what a lovely part of the world we live in. Here's the SQ4 enjoying a break at Glandford: 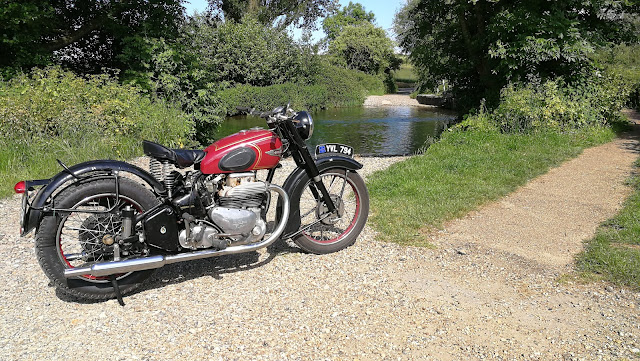 After a 24 mile round trip with no misfire, but rather slow (there is a lot of traffic around here in the summer) we have these results, taken with the engine running in the yard and measured immediately upon arrival:

Whilst there was no misfire,  I think I could detect that the engine was not running as happily as before.

Ambient was around 23°C for most of the trip. I measured the other cylinder head temperatures as well and added them to my chart with some previous tests: 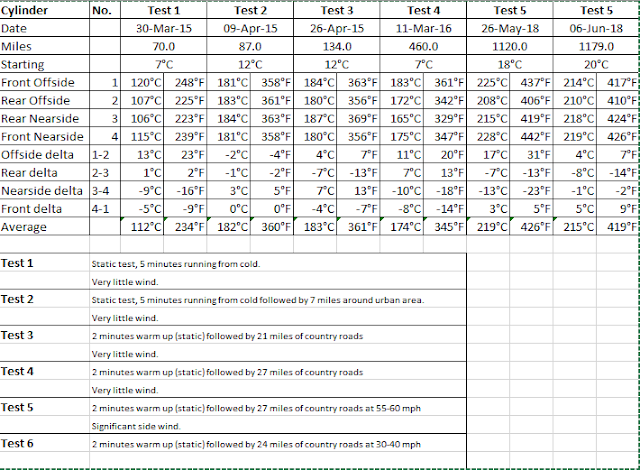 When I returned, I noticed a small leak from the oil tank cap. I'd given it an extra twist before I left in an attempt to seal it, so I'm sure the seal is not thick enough.
Posted by CharlieCeng at 19:38