I love my little lathe, and it sees a lot of use as regular readers of these pages will know.

Recently I've been doing a bit of thread cutting and the change wheel cover has been on and off; the control box has been on and off too, because I needed to oil the lead screw bearings. During this process I managed to break one of the wires to the speed sensor - which was hardly surprising as it is quite vulnerable: 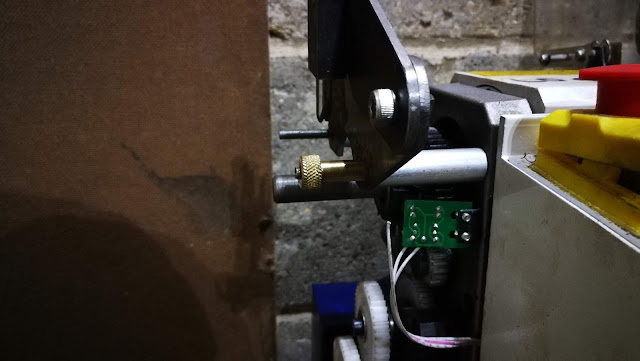 When I removed it, I broke another: 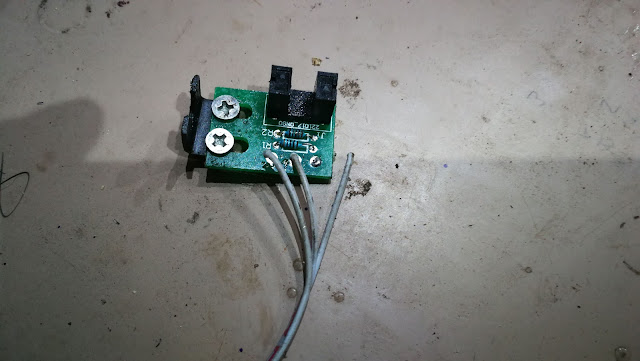 You can see how vulnerable they are. The conductors are tiny and they are soldered directly to the sensor board, with no protection or strain relief.

Making a note of which was which, I put some 0.1" pin headers on the board, and soldered the conductors to them. The idea of using the pin headers was that they would give me something to anchor the heat shrink I'd put around the cables - the cable, heat shrink, pin header arrangement is much stronger than the direct soldered conductors used originally. 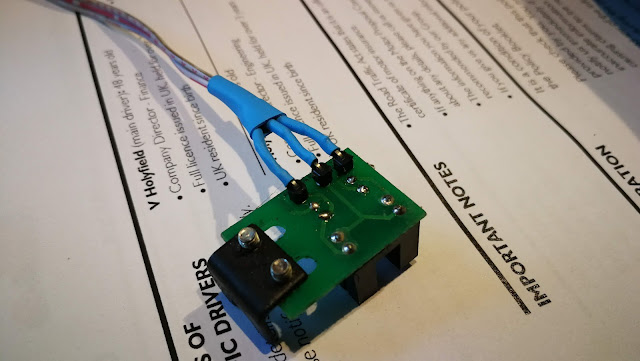 The whole thing needs potting really, but it works OK.
Posted by CharlieCeng at 16:09