Some of the elements of pulling the QR50 out of a pile of bits are specific to the bike, but most of them are very generic. The one that I am going to write about today is the fact that one of the brake shoes had lost it's lining. Now, relining brake shoes is something that I normally entrust to specialists but in this case, which such small loads and relatively little use I am going to try a DIY approach using JB Weld, a metal loaded epoxy with a tensile strength of 5020 psi and able to withstand 550°F.

Now, you can see from this picture that the shoes are rather corroded - if they have anything to do with the forks, they have been outside in the wet for a while: 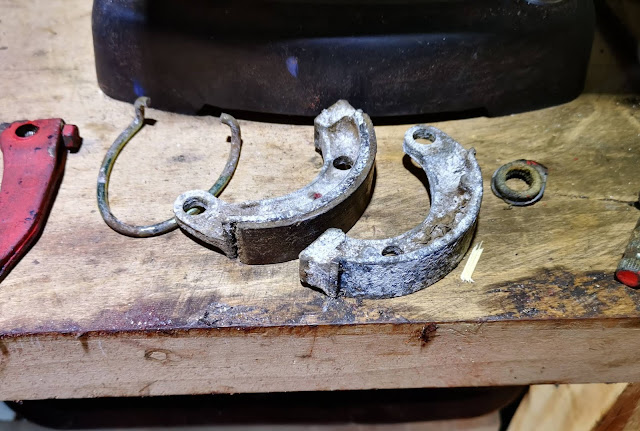 The first job is to thoroughly clean off all that oxide on the wheel, and get the shoe back to bare metal. 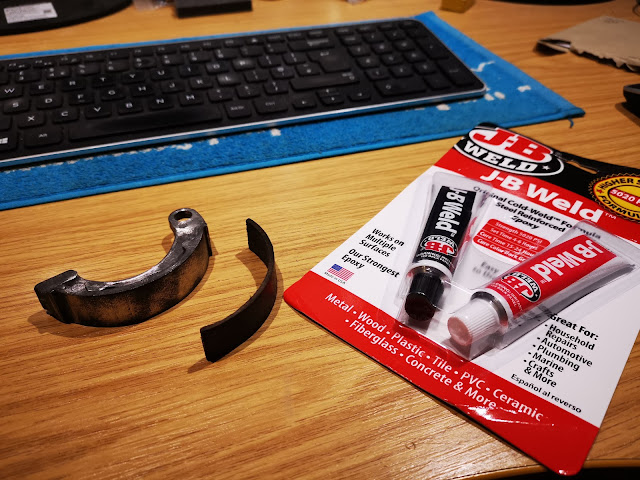 After mixing the JB Weld in equal parts, in accordance with the manufacturers instructions, we spread it on the shoe thinly making sure that the whole area is covered. Then, apply the lining keeping it in the correct position and bind the lining to the shoe with tape. 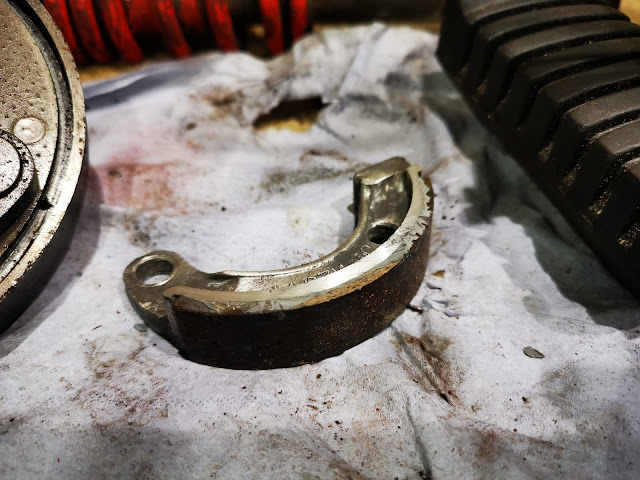 I removed the tape after 6 hours, and left the shoe for a further 24 hours. I trimmed the edges of the lining and shoe to clean up the hardened squeeze out on the linisher, and the job is done.
Posted by CharlieCeng at 23:12