One of the item's I'd tripped up on while putting the crankcases in was the footrest bar. I'd not found the spacer that serves to separate the gearbox plates - or rather I had, but I thought that someone had mixed them up as the spacer I had was too short.

Anyhow, planning to replace the missing engine & gearbox fasteners with stainless I thought I'd set about making the missing spacer, so I bought some 3/4" 303 stainless round bar.

Then, of course, I found the missing spacer bundled up with the footrests and another footrest bar... 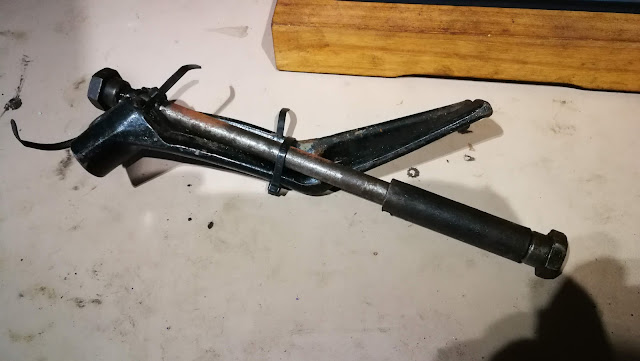 Oh well, I thought, I'll use that stainless bar at some point, resolving to replate the original spacer - but when I went to assemble it I found it was rather mangled, so I've made a new one: 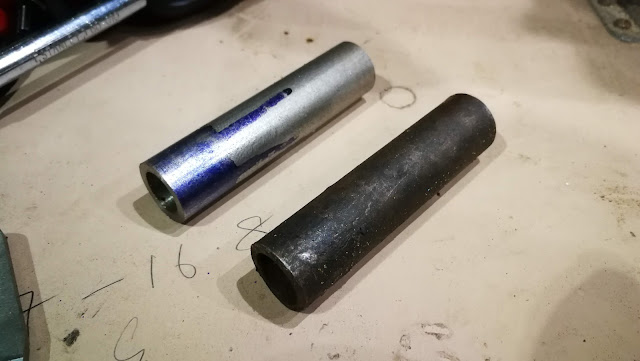 This is designed to fit quite tightly between the gearbox plates and frame tubes, just as the front engine plate assembly and crankcases fit between the frame tubes at the front. I had to spring the frame tubes apart to get those in, so I made this frame spreader out of an M10 turnbuckle make it easier to avoid damaging the paint when I come to assemble it for real. I didn't want to be prying freshly painted tubes apart with a screw driver or a crowbar: 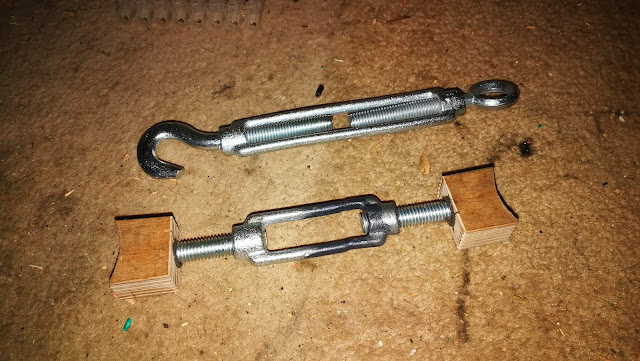 As you can probably tell, the centre of the turnbuckle was shortened and welded up, while the screws had both hook and eye removed and 3/4" ply blocks glued into blind holes in the plywood block. Here it is in place under the front engine plates: 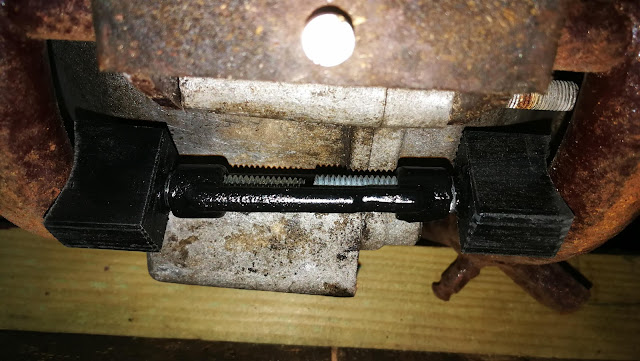 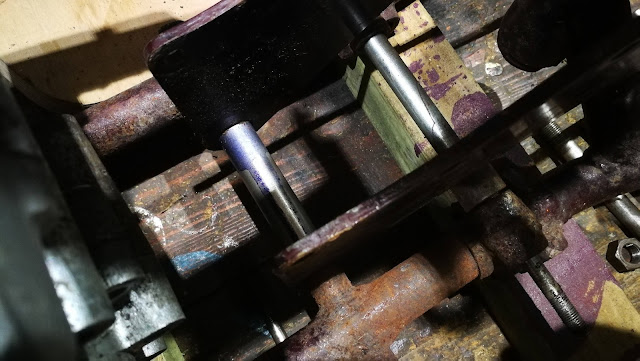