Pulling the rocker box off the exhaust side of the W/NG engine revealed that the bolt I had planned to copy, to replace the missing one, was too short. Since that came from the same position on the inlet side, I now had two new longer bolts to make. According to the parts list, the rocker box bolts are 2 5/8" and 2 7/8", both 5/16" CEI of course. 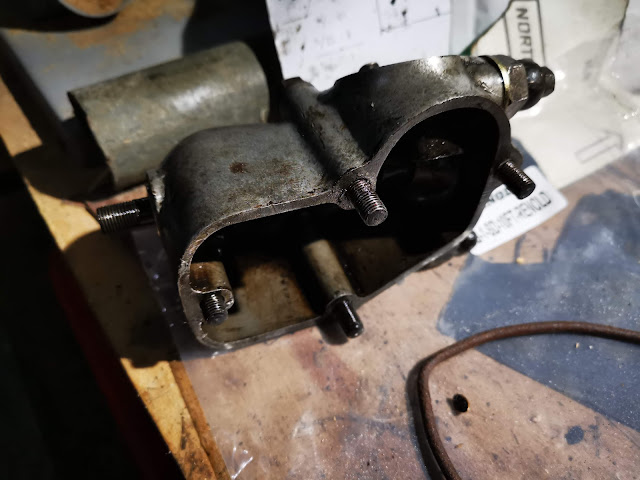 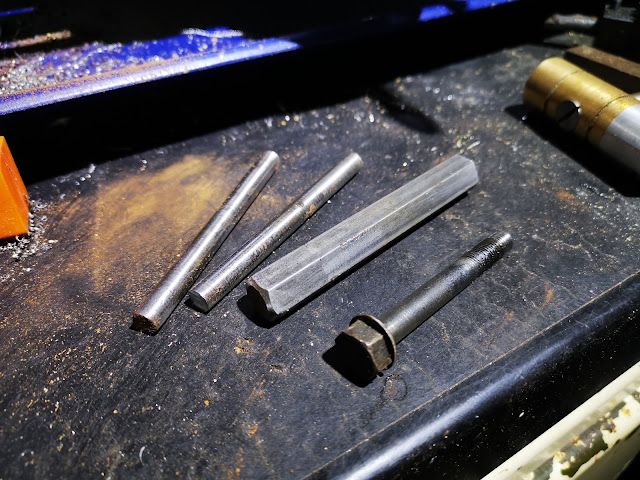 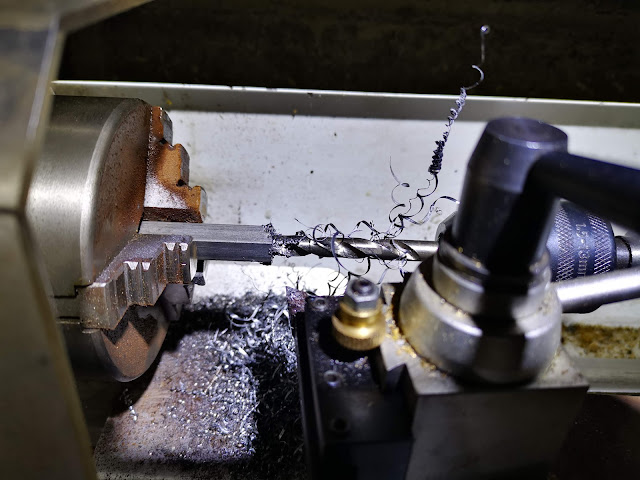 Setting them up in the vice, I joined the heads to the bolt with an autogenous weld - the welder was set to 30 A. 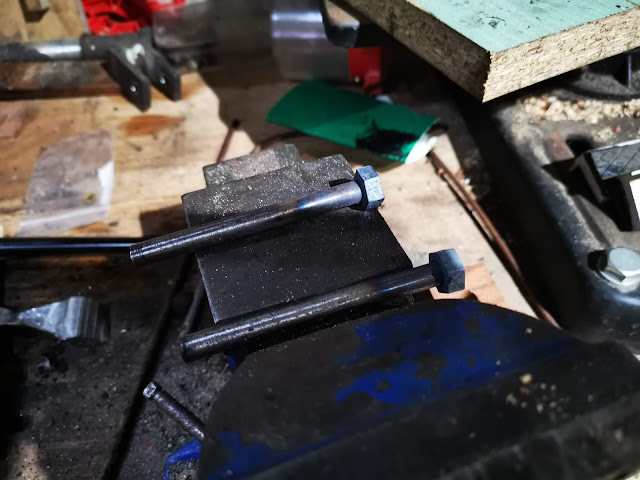 With the heads in place, I parted the bolts to length. With the same setting, I threaded the first 3/8" of the bolt using a tailstock die holder to ensure the threads were parallel: 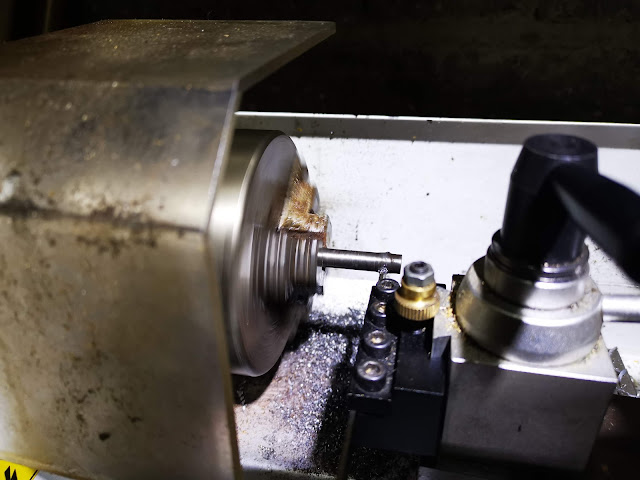 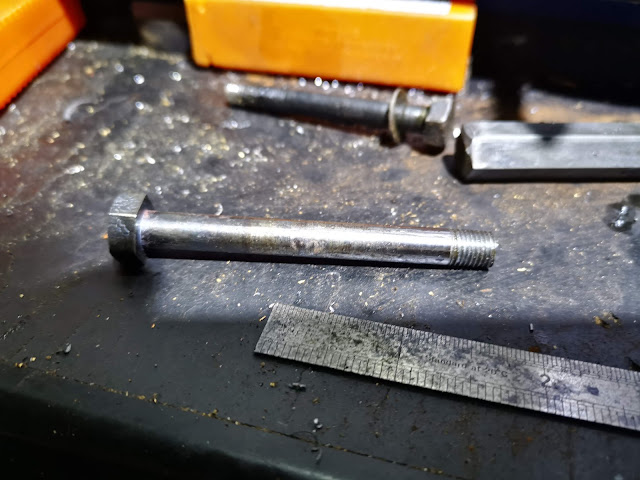 I use this Molyslip cutting compound for thread cutting: 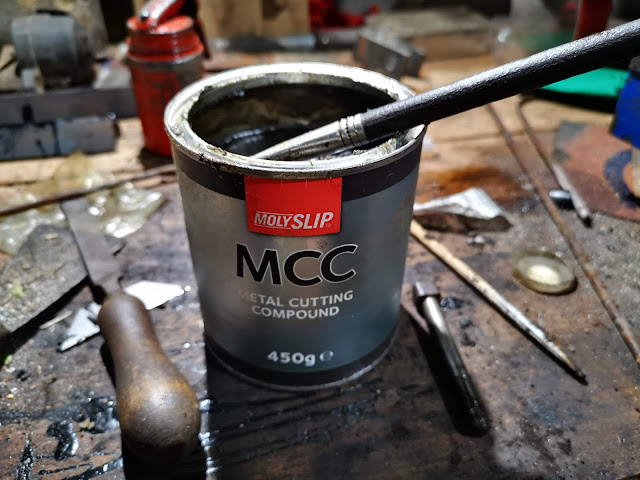 Since the bolts were slipping in the chuck, I cut the remainder of the thread in the vice: 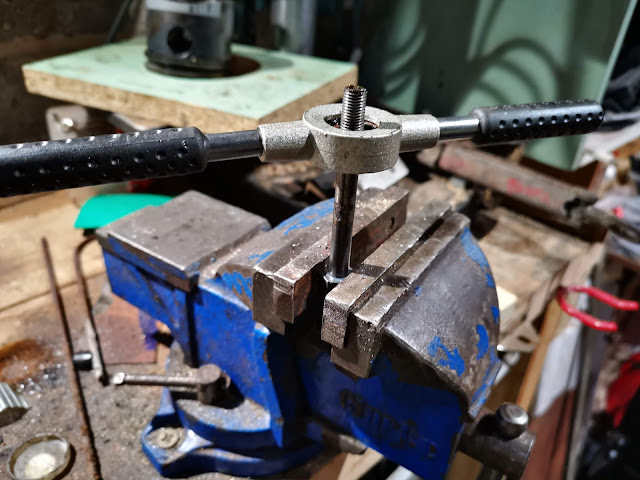 With the thread done, I put a small chamfer on the bolt head. 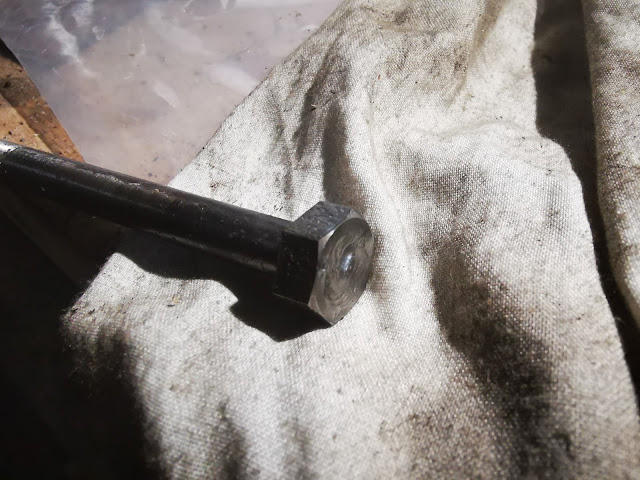 The two finished bolts are shown in the centre, with two short ones top and bottom: 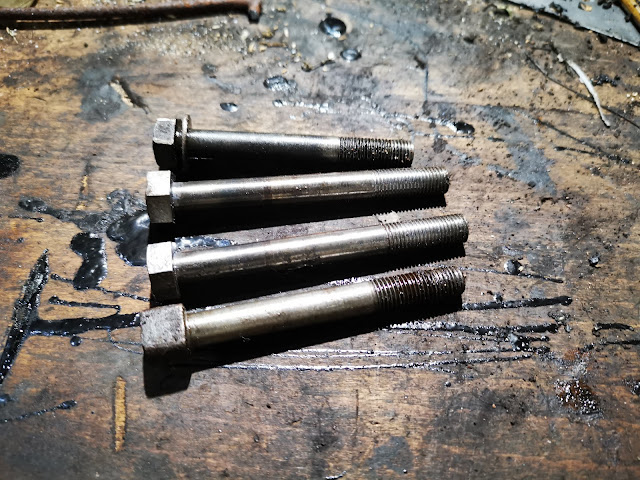 Whilst we have the Whitworth hexagon bar out and the tailstock die holder in the lathe, we'll take the opportunity to replace the missing tank bolt. The W/NG has always had M8 tank bolts, replaced some years ago by me, after I found and temporarily repaired the holed tank - the previous owner had replaced the original bolts with M8 screws and had managed to puncture the tank in four places - the story is here. I made some new tank bolts from very long, standard M8 bolts cut down and threaded for a very short length, so they could be done up tight and not puncture the tank again. Because I'd used standard bolts, there isn't much room to drill the heads and at some point in time one of them had gone missing. Again because I'd used standard bolts, they had 13mm  AF heads and none of the on-board spanners would fit, which was a nuisance - I had to use the adjustable which the W/NG carries in it's tool kit.
So, I resolved to make a new one, using this 1 7/16" tank bolt from the Model A as a prototype: 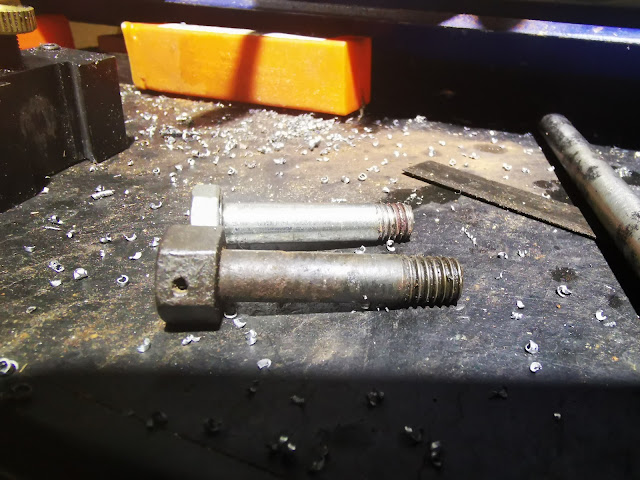 I have a bit of 0.515" hexagon bar in the lathe, and I have reduced a length to 8mm diameter, cutting the thread to a suitable length using the tailstock die holder to ensure the thread is concentric with the bolt axis. 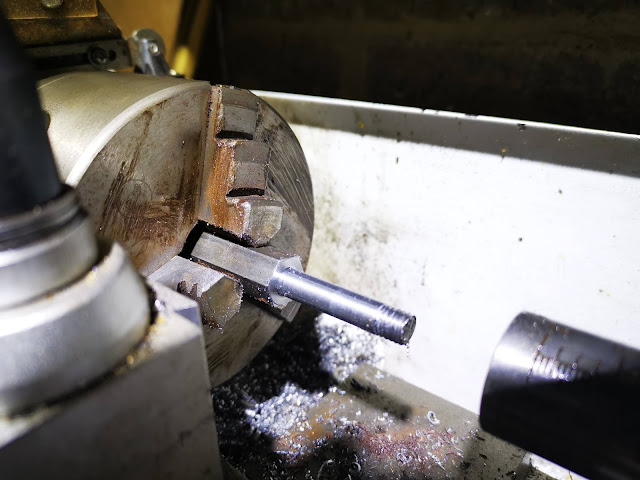 I parted the head off to a length that matched the one from the Model A, and set it up in the pillar drill to drill a wire locking hole. I started the hole with a centre drill and used a 2 mm drill to go through. 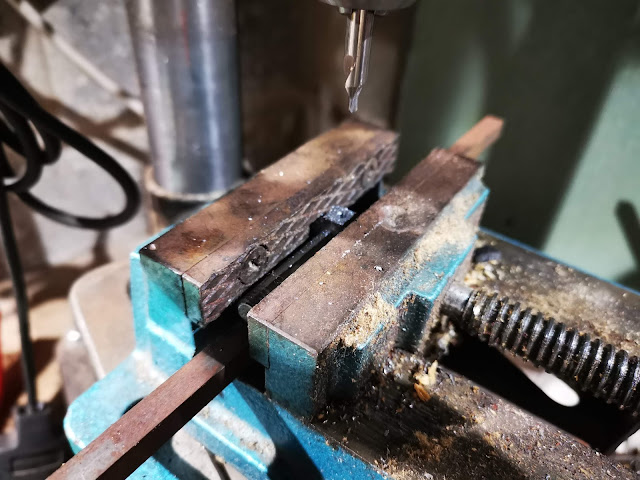 I put a small chamfer on the head of the bolt, to remove the corners, and that's it. 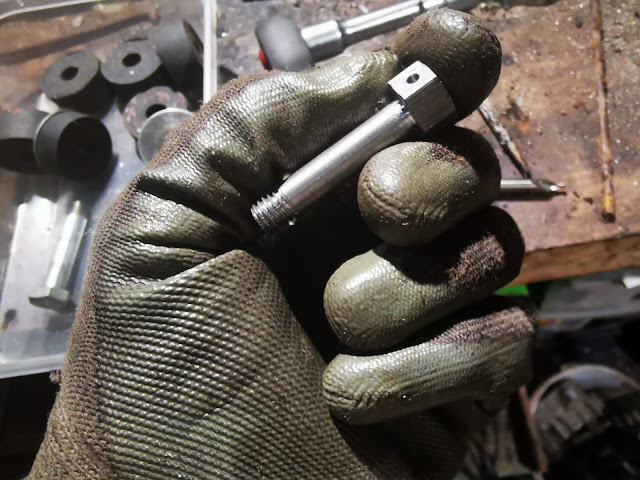 I need one more of these for the W/NG, and two at 1 5/8" long to replace all the modern ones - then I will chemically black them. I also need one for the Model A, though this will use the original 5/16" CEI thread.
Posted by CharlieCeng at 23:48